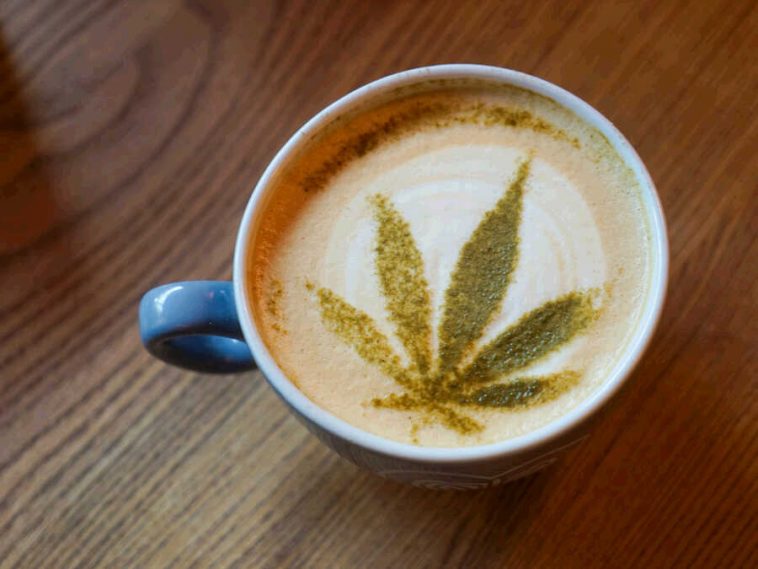 Since coffee is a popular beverage all over the world and marijuana is a drug that is still illegal in most countries, it may be hard to grasp that these two substances are somewhat similar. However, a recent study points to just that. According to this study, coffee affects our brains in a similar way as cannabis.

So, let’s see how coffee and cannabis affect the brain.

The Effects of Coffee

According to a recent study by the Northwestern University in Chicago, coffee affects our internal chemistry in a number of ways. The study lasted for three months and included 47 people from Finland. During the first month, the participants had no coffee; in the second, they had four cups a day; and during the third, they had eight.

The scientists found that coffee intake affected a large number of metabolites – the substances produced during metabolism. The most important changes were noted in the endocannabinoid system, which is the same system that is responsible for recreational and medical effects of cannabis.

The Role of Endocannabinoids

But, although coffee and cannabis affect the brain in the same region, they do have different effects. While the number of metabolites reduced with more coffee, their levels increase after cannabis use.

The endocannabinoid system plays an important role in many metabolic activities, including addiction, blood pressure, appetite, sleep, immunity, etc. Their connection with food cravings could explain why people who use cannabis often get “the munchies”.

This new study shows that coffee and cannabis affect the brain in a similar way. However, while we know that coffee affects endocannabinoids, we still don’t know whether caffeine is responsible for this effect or one of the many compounds found in coffee.