The Ginkgo biloba tree originally comes from China. Ginkgo extract is widely used in traditional medicine, and modern medical science has taken an interest in it as well. Research proves that it can help with a number of medical conditions, such as glaucoma.

But is it true that Ginkgo biloba can improve your cognitive function?

Experience shows that ginkgo can help boost your concentration. Thus, many researchers have tried to use Ginkgo biloba extract as a preventive measure against Alzheimer’s, as well as other forms of dementia. Unfortunately, they found that this plant can’t prevent cognitive decline.

Although the early research showed some promise, an extensive study done in 2008 proved that people who regularly took Ginkgo extract were just as likely to develop Alzheimer’s. It can’t help prevent other forms of dementia, either.

So why do many people keep taking Ginkgo biloba extract?

It Can Improve Your Brain’s Blood Supply

Ginkgo biloba extract didn’t show the amazing properties that medical science had hoped for. However, it is still an incredibly useful supplement.

Our brains function better when they have enough oxygen to work with. You can improve your brain’s blood supply if you work out every day and maintain a balanced and iron-rich diet.

Studies show that Ginkgo biloba can improve your cognitive function because it can keep your blood vessels from clogging up. It is a blood thinner, so it can help make sure that the capillaries in your brain get all the blood they need to keep you going.

Experts recommend taking 80-240 mg of ginkgo a day, but not all at once. Two or three doses are ideal.

You should take Ginkgo extract in moderation because it might make you bleed more extensively in case of injury. It may affect your blood sugar levels too.

Although it can’t stop cognitive impairments that come with old age, Ginkgo biloba can improve your cognitive function and boost your concentration. You should ask your doctor about the best dosage for you. Additionally, ask if it’s safe to take with other supplements or medication. 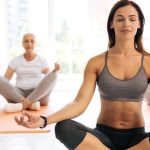 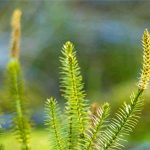