The use of natural supplements to improve brain function and memory has been a popular topic in many health headlines. Nutrients such as ginkgo, B vitamin, and choline are often mentioned as food for the brain, with a lot of studies trying to explore these assertions. Another popular “brain pill” which may help fight memory loss is Phosphatidylserine. But what is Phosphatidylserine?

The benefits of this compound are still being researched, but there is some evidence that is it directly linked to our memory.

Phosphatidylserine (PS) is a fatty substance called a phospholipid. It is found in the walls of all cells, but is most highly concentrated in the membranes of brain cells. It helps carry messages between our brain cells and is involved in the upkeep and restoration of nerve cell membranes.

Our brains actually produce phosphatidylserine. But its production slows down with age and drops to sub-standard levels. This affects our brain function and prevents us from functioning at full mental capacity.

As a nutrient, it can be produced from the brain cells of cows, soy or cabbage derivatives. In North America, however, it is only available as a plant derivative, given the concern about mad cow disease.

Because of its functions in our brain, phosphatidylserine has been a subject of many research projects. For example, this research about soy lecithin-derived PS shows that it has a positive influence on memory, especially when combined with phosphatidic acid. The study found that phosphatidylserine had a stabilizing effect on the daily functioning of elderly patients with Alzheimer’s disease.

Another study conducted by the Neurology Department of the Sourasky Medical Center in Tel-Aviv comes to a similar conclusion. It indicates that PS combined with omega-3 fatty acids may improve memory in non-demented elderly with memory complaints.

If you were wondering what phosphatidylserine is and how it can benefit our memory, we hope we have answered your question. Foods such as soy lecithin, bovine brain, and chicken heart are PS-rich, but you can also find it as a dietary supplement at your local health store or online. 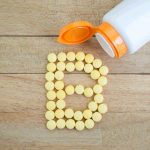 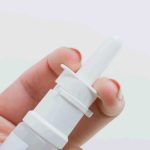