Since obesity is one of the most important health concerns in the 21st century, many studies are currently exploring new ways to understand and combat this condition. One of those studies shines a light on a specific part of being overweight – the mental processes. This study seems to show that certain brain cells may play an important part in obesity.

So, let’s explore the link between our brain cells and obesity.

Research on Brain Cells and Obesity

The study in question was published in the Cell Reports journal in 2017. The scientists from the Imperial College London examined how a particular part of the brain called VMH regulates hunger and possibly connects to obesity.

They did this by testing a group of mice that have been genetically modified so that their neurons would respond to laser light. By focusing this light on a specific area, scientists were able to turn regions of the brain on and off. When they did this, they found that a specific group of cells in the brain (SF1) was activated when the mice were anxious, but less active when they approached food.

What Does that Mean for Humans?

This mechanism reminds a lot of the link between eating disorders and anxiety that is often found in humans. Scientists hope that this discovery gives us a better understanding of this link and opens the door for studies on new potential treatments.

Targeting the SF1 neurons with a small-molecule drug may have great potential in the future.

This research shows that there could be a link between brain cells and obesity. While we still have to see how this mechanism works in humans, this is an interesting insight in the role our brain has in weight loss. 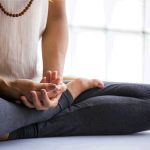 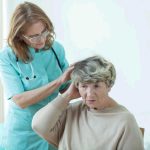